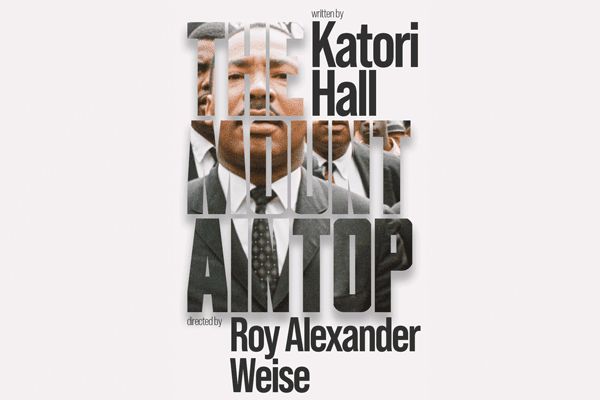 Book your tickets to see the BSL interpreted performance of The Mountaintop at Royal Exchange Manchester on 25 October 2021.

It's 3 April 1968; the height of America’s Civil Rights Movement. In Room 306 of the Lorraine Motel, Memphis, Tennessee, after giving what was his final galvanising speech, Dr. Martin Luther King Jr is forced to confront himself as his hopes and dreams are picked apart by Camae, a young, attractive, foul-mouthed maid who brings him a cup of coffee, with a dollop of whiskey in it, on a tray of unflinching honesty.

Joint Artistic Director Roy Alexander Weise makes his Royal Exchange debut with a brand-new production of Katori Hall’s Olivier Award-Winning THE MOUNTAINTOP. This laugh-out-loud, visceral and powerful drama reimagines the eve of the assassination of Dr. Martin Luther King Jr and asks what the makings of a hero are.